↓ Skip to Main Content
Menu
Home › What is a GI Pathologist? 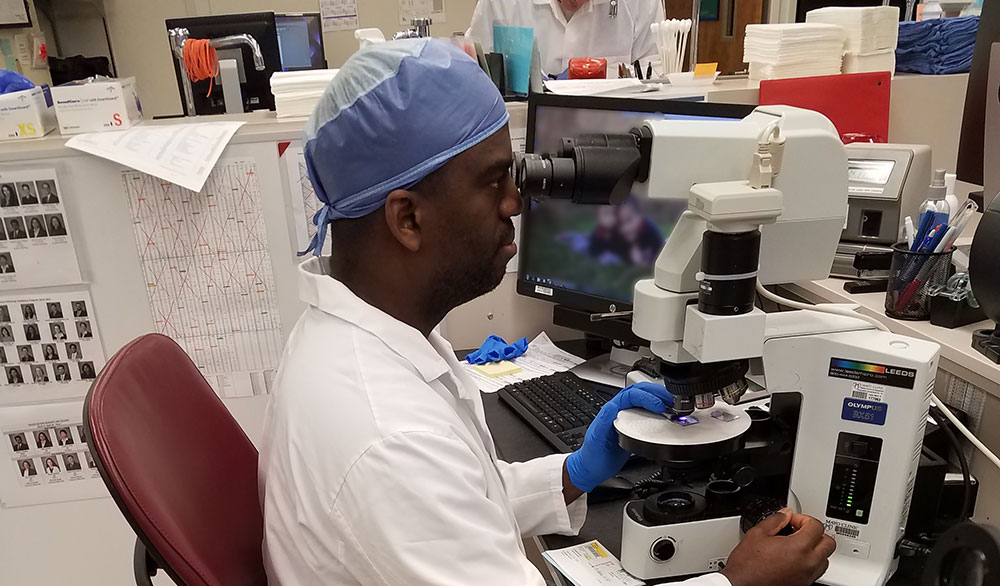 What is a GI Pathologist?

During the course of a one year gastrointestinal pathology fellowship, the GI-liver pathology fellow will review between 8,000 and 15,000 gastrointestinal and liver biopsy and surgical specimens with all clinical history, laboratory data and frequently, knowledge of response to treatment. This volume of cases is similar to approximately five years of case experience for general surgical pathologists in private practice.

Board certification in the United States requires approval by the certifying body, the American Board of Pathology. There has been considerable debate among academic and private practice gastrointestinal pathologists regarding the necessity, advantages and disadvantages of Board Certification in this subspecialty. The debate was last formally approached in 2001, during Dr. Joel K. Greenson’s tenure as President of the Rodger C. Haggitt Gastrointestinal Pathology Society. The decision to seek Board Certification was declined by the membership of the Society.

GIPS members have access to Journal Watch, Case of the Month, job and fellowship listings, and more! >>>LEARN MORE

2022 GIPS Travel Award and Case of the Month Award

Congratulations to the awardees! Best case of the month Gastric... Read more